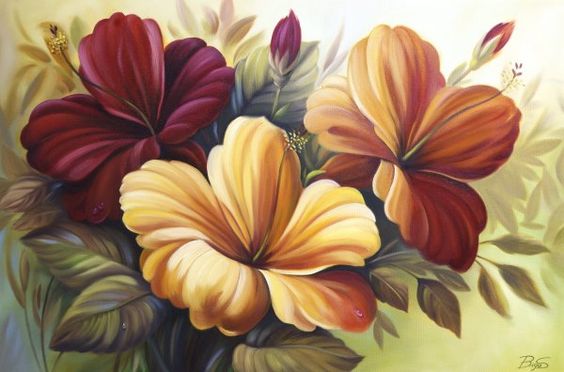 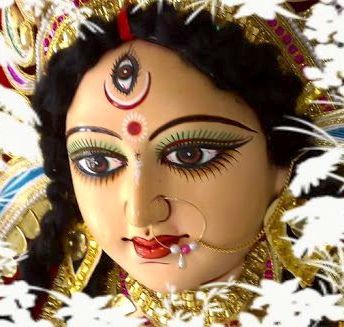 The Devi Bhagavatham/Sri Durga Sapthashathi elaborately describes the glories of Goddess Chandi.  Sage Markandeya eulogizes the splendor of Goddess Durga in seven hundred beautiful verses and methods of worship of Goddess Durga as Nava Durga to attain an abundance of piousness.  There are certain methods should be followed for reciting the Durga Shapthashapthi, such as reciting the hymns of Shapavimochana, these are the utterance of sacred syllables followed with gestures/Yonimudra and initial obeisance to Goddess Durga.  The first chapter eulogizes the glories of Goddess Mahakali, the next three chapters eulogize the glories of Goddess Mahalakshmi and the rest of the nine chapters eulogize the glories of Goddess Mahasaraswathi.  The Sathvik, Rajasik and Thamasik qualities help to attain wealth, in order to attain wisdom we require intense devotion and faith.  Tantras describe the nine types of Rasa/emotions such as love that wipe out ego and enhance devotion, joy is the outcome of humor, laughter, happiness, and contentment, astonishment is the cause of playfulness and innocence, courage is the result of braveness, confidence, and pride, peace is the state of serenity, kindness is the outcome of sadness, anger results in violence and hatred, fear causes apprehension, qualms, feeling insecure and dislike is the result of self pity.

The essence of Durga Sapthashathi is the knowledge of human emotions; it describes the nine emotions of living beings.  The demon Madhu/sweet and Kaitabha/bitter, these two are the fundamental elements in human life such as taste/sweet and bitter, sound/rejection and praise. Once the spiritual seeker tackle the taste and sound, the next hurdle is the demon Mahishasura which represents lust and rage, they try to knock down the aspirants of spiritual seeker, this is the moment worship of the supreme Goddess who symbolizes energy comes to protection, we have to channelize all our energies to fight against these lust and rage though it is impossible to wipe out completely, at least we can get control over it, and harness our energy for spiritual benefits.   Once the seeker learned to tackle the taste, sound, lust and rage, there comes another demon Dhoomralochana/darkness of ignorance, it takes away the concentration of the spiritual seeker, it creates wide distraction on his path of spirituality.  The demons Chanda/passion, cruelty, violence and Munda/inner conflicts, is another kind of hurdle a true seeker should raise above this level too.  The most powerful demon is Rakthabeeja/desires, who has attained unique boon from Lord Brahma that every drop of his blood spill on the battlefield causes to sprout countless forms of the demon, a true seeker should have control over his desires which is countless in nature.  The demon Shumbha/auspiciousness, pleasant, morality and Nishumbha inauspiciousness, unpleasant, immorality, once the true seeker trained to rise from the above impurities, he immerses in bliss/compassion and love which is the real nature of living beings.  The ultimate state is known as Surath/wisdom and Samadhi/oneness which is the boon received from the supreme Goddess.  The Durga Sapthashathi is all about the knowledge of Bhramagrandhi which creates the thoughts, Vishnugrandhi that sustains the thoughts and Rudragrandhi which is either fulfills or destroys them.  The ultimate destination where a successful spiritual seeker arrives in the path of seeking the truth, known as supreme bliss.

Posted by Vishwanathan Uma at 11:55 PM 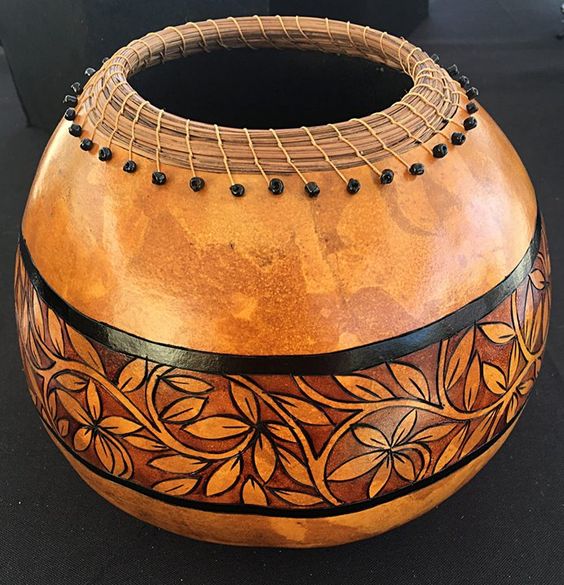 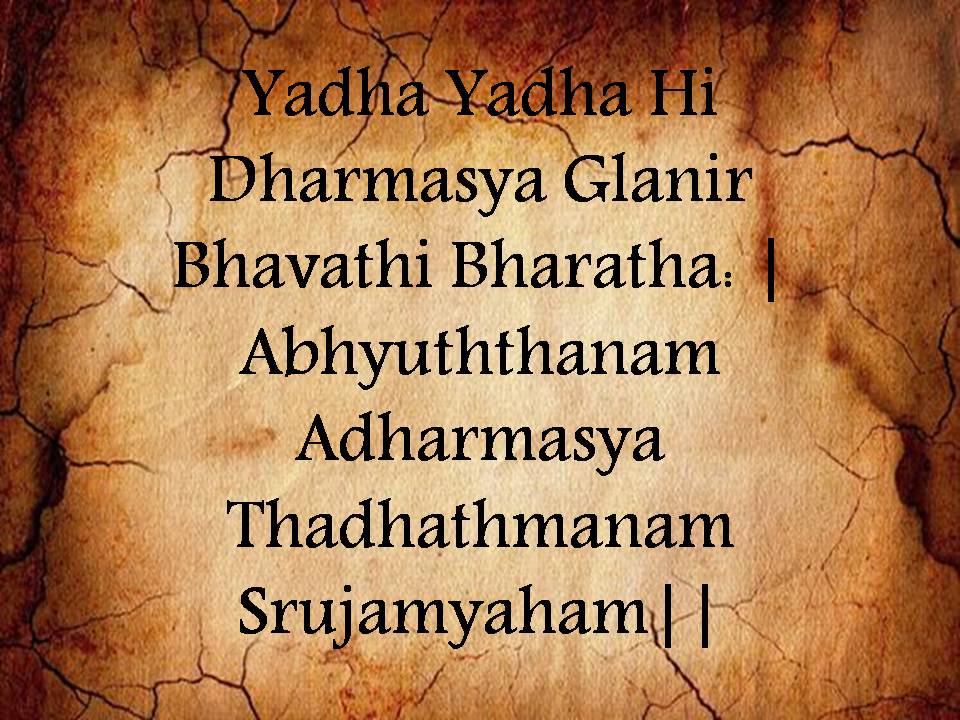 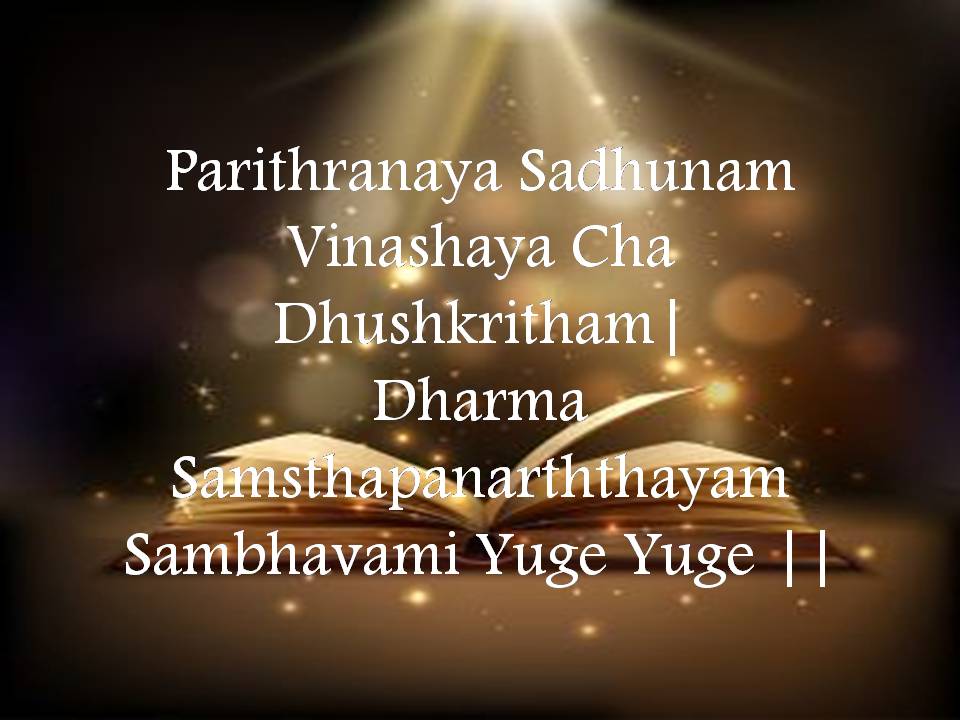 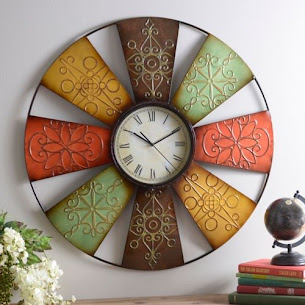 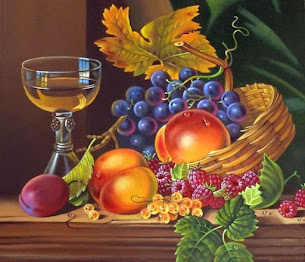